Ok chaps, so back we go in time! I can’t figure out how to make this post sit before the video I did last night so you’ll have to bear with me as I fill in the gaps from the last few weeks.

Unfortunately it’s not a very exciting start… the day after leaving Billy and Jen in Chattahoochee was reeeeeeally boring. In fact I have wasted enough of my life on that day and am going to say nothing other than I didn’t cycle very far, I was very tired and I bailed into a motel! Day over! No photos, nuffink! Or if I’m getting into the American spirit, that’s it, PERIOD!

My early bail did mean I had to make up the extra miles the next day when I was, very excitingly, due to reach the final page of my first segment of map. For those of you that don’t know I am more or less following the Adventure Cycling Association “Southern Tier” route, with a few detours here and there – they do seem to wiggle you round quite unnecessarily a lot of the time!! I have 7 maps in total, each segment covering around 450 – 500 miles and De Funiak Spring was the final town on my first section! I called in at a nice little camping ground a few miles off the main road and yet again found an awesome spot!

A super pitch, spotless and hot showers and a lounge with free wifi and tv/dvds etc. I spent most of the evening chatting to the owner Chris in the lounge (and to be honest just enjoying his amazing Texan accent!) and snuggled up in my tent that night feeling very chuffed that I was now 1/7 of my way across the States!! It doesn’t sound like far but I’d hit 700km that day!

Seeing as I seemed to have finally gotten to grips with this camping lark the next day was to be another in the tent. The day was clear and the riding was reasonably flat but after my sense of achievement at hitting 700km the previous day I was firmly knocked back into my place when I bumped (not literally) into Kevin. Now you guys need to check this website out:

Seen it, no… right go back and actually click on the link!

This is Kevin by the way. I think he looks a bit like Ben Howard. He is from Devon too! Maybe he is Ben Howard just taking some time off. Yeah, I think that’s going to be my claim to fame… I met Ben Howard running around the world.

Seen what this guy is doing… 37 MILLION STEPS… yeah I’m a basically riding to the shops in comparison!!! Kevin has to make it back to Devon by the 8th of April in order to make his record. I have to make it to San Diego by the 7th of April to meet Mum and Dad for a hug and a cup of tea. Setting a new world record and meeting your parents for tea doesn’t really seem comparable but I’d choose the parent meeting any day… (collective awwwww”!). Here’s a photo to prove it:

I’ve just realised how much the lack of apostrophe is going to annoy my Nan!

So anyway, everyone cheer for Kevin! We had a nice chat which basically consisted of me repeatedly saying how amazing he was! Yeah I really held my cool! It was strange hearing the British accent again after a few weeks with the yanks! We chuckled at how often we had been mistaken for Aussies and came to the conclusion that Hugh Grant must have been out of the limelight for too long. Come on Hugh, get back on your game and remind the world what we Brits sound like!

So anyway, as Kevin ran off to claim his record I was nothing but impressed although I have to say I felt pretty smug later on cruising my way along a nice downhill stretch! This in fact leads me to my other event of note that day… reaching my top speed so far – 50km!! Oh yeah!! That was pretty fun!

This was the road on which I hit the big 50. Obviously it was on a downhill… have you seen how much stuff I have!

So back to the camping. Here’s yet another photo of random trees with a fairly nice sky which to be honest doesn’t really give you any idea of what the campsite was like but oh well… you’ll have to imagine – it was another good one believe it or not.

I had a chat to Mum on the phone sitting here and she was worried I was about to get eaten by an alligator. I’m pretty much a local now so don’t worry about such things – coincidently though I did decide it was time to head back to camp…

This is one of those ones that looks way better in the photo!!!! We’ve all taken them and pretended they were an accurate reflection of reality but I’ll be honest and admit that in real life this was mediocre at best!

Despite the pretty (ish) sky the night was a cold one. By far the coldest I’ve had so far! I put on every item of clothing I had and pulled the toggle of my sleeping bag hood as tight as I could. If anyone had come in they would have seen nothing other than an orange lump and a nose! Unsurprisingly I didn’t sleep well and was ready for the morning and some sunshine. I packed up fairly quickly and hit the road Jack as I had quite a long way to go that day. I was headed to Pensacola where I had been offered accommodation by the First United Methodist Church.

The cycle was a long one and a series of annoying hills on the way into the city took the last out of my legs so I was very relieved when I randomly pulled up to check my map and found I was unexpectedly stood about 3 feet from the front of the Church! I swear I do know how to read a map!!! Some surprises are nicer than others I suppose! While we’re here I have to mention that I made a quick but special phone call. Everyone, please wish my amazing Grandpa a belated Happy Birthday!!! 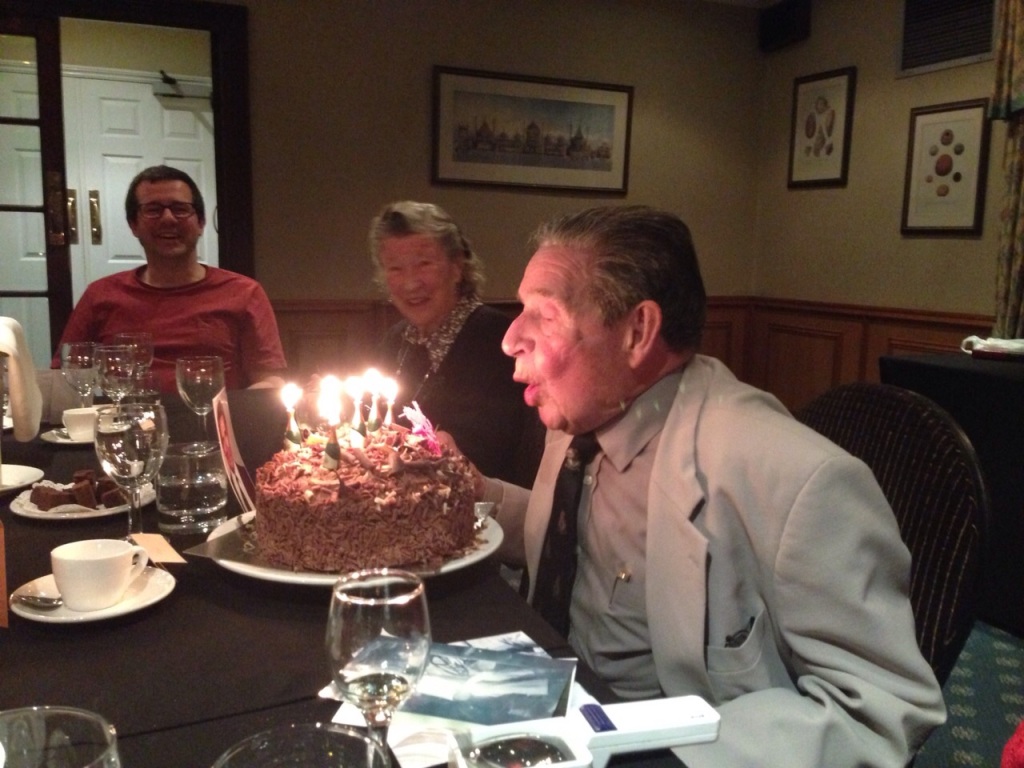 Obviously a darling granddaughter singing Happy Birthday down the phone like an angel was the best present Grandpa could have received which was lucky as I still hadn’t had time to send a card!!

Lovely singing sadly over I met up with Jeb who looks after the cyclists staying at the church. What a lovely guy he is. He’d done a longer version of my coast to coast trip a few years ago and so was now “paying back” the hospitality he had received.

To veer off point for just one moment I am totally loving the paying off philosophy. I know it’s not a new one, in fact I remember reading a book as a kid about passing on the kindnesses you are shown but I have honestly never been on the receiving end of so much genuine thoughtfulness and hospitality as I have on this trip. I’ve been invited into peoples homes, had my shopping bought for me, been taken out for dinner and so much more by people who don’t know me from Adam. It’s totally refreshing to realise that despite all our scaremongering and mistrust, 99.9% of people are good people who are willing to help you out and set you off with a warm word and a smile. I had so many people before I left warn me about trusting people and implying that my supposed naivety would get me into trouble but I honestly believe that if you use your common sense and trust your gut you will find yourself surrounded by people that only make the world a better place to live in. To all my friends reading this, as you may have realised I have a lot of passing on to do so if you wouldn’t mind helping a sister out and doing something nice for someone soon I would certainly appreciate it… I am sure they would too.

Anyway, back to the narrative! Jeb showed me around my room for the night. I say room, but I actually mean 2 story town house! No kidding! I was staying in the youth centre which had about 10 rooms and probably 10 billion couches (sorry Brits for the Americanism… I can’t think how to spell settea… setee… settee….?!). If you don’t believe me see for yourself:

This is one room downstairs… there’s a whole other floor of filled with rooms filled with couches!!!! I slept on the red one… the red one just over there.

The dining room/canteen was pretty cool and I took some photos of that too:

This one is for my friend Sally!!

The youth group apparently pinch a lot of hub caps which I didn’t think was very Godly!

3 thoughts on “These Americans know how to camp”