Today was to be the day I arrived in Texas! How exciting!

I know that there is a lot of Texas, really, a’lot a’lot of it and that it is actually rather empty in places, so I’ve been approaching it as my first real challenge (other than attempting, and failing I might add, to outrun some dogs in Louisiana).

I’m expecting some serious headwinds, some very cold nights, some pretty big hills, carrying lots of water, a lot of time to myself and thus a fair number of songs stuck in my head. Speaking of which, you might like to laugh at my misfortune of having “In the bleak Midwinter” on mental repeat for approximately 49.9 of my 50 mile ride a few days ago. Why “In the Bleak Midwinter” I can’t tell you; I suppose it is winter but it has been far from bleak, I’m having a smashing time! However, origins aside, I began to hum it and before I knew it I was belting it out at the top of my voice “opera style” to the many Texan cows in the surrounding fields. I’m pretty sure they enjoyed it but if they didn’t I don’t really mind because they are only cows and I doubt they care for music all that much. I can only hope, for everyone’s sake, that there weren’t any farmers within ear shot.

Anyway, sorry, not only am I getting distracted but I now have In the Bleak Midwinter back in my head again!

So aside from the negative things I suspected I had in store for me I was also looking forward to some pretty cool things: some amazingly big skies, a serious number of stars (I haven’t been carrying that bloody tripod across America for nothing!), big desert landscapes, AUSTIN, cowboy hats, cowboy boots, ranches, Tex Mex, the McDonald Observatory and of course some Texan hospitality.

I won’t see another one of these for over 800 miles!

Crossing the state line the first thing I noticed was the roads… they were great! Louisiana had had terrible roads… full of cracks and pot holes and more often than not with no hard shoulder. The second I hit Texan soil I was back to smooth riding – fabulous! A good start!

I spent my first evening with the lovely Sidney and Deborah in Kirbyville just a few hours ride from the state border. Warm showers hosts (of course!) they were located directly on the souther tier route so get quite a few tourers through their doors. Their place was amazing and they were such lovely people I ended up staying 2x nights with the excuse of avoiding some pretty bad weather on the 2nd day. 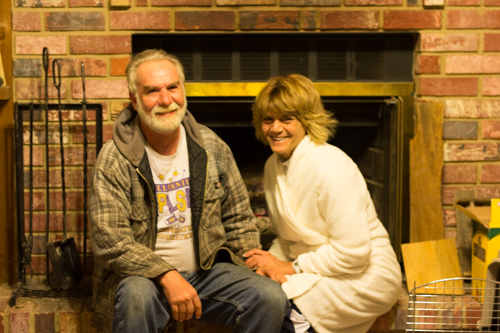 I took this is a rush and I’m annoyed that I didn’t focus properly but this is the amazing Sid and Deb. Thanks for having me guys!

I thoroughly enjoyed my day off but conscious of getting too far behind I decided to leave early the next morning and try and ride to where I would have been had I left Kirbyville the previous day. It made it a long day, my longest so far at around 85 miles, but I had a campground that had been recommended to me as my goal and with an early start I made it just before it started to get dark.

You may remember me raving about the campsites I’ve stayed at so far… well scrap everything I’ve said, my stop that night was the campsite to rival them all! It was called Shepherd Sanctuary and rather than try and describe it I think I’ll just show you these photos:

It had a hanging wooden seat… I was sold!

Sofas in the garden

The fire pit with bar area in the background 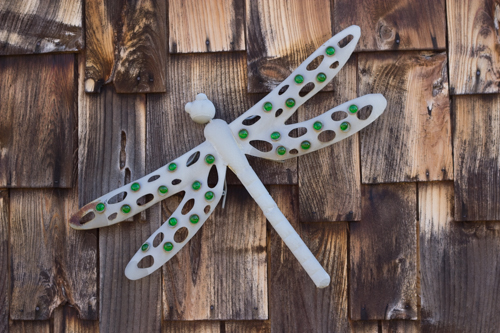 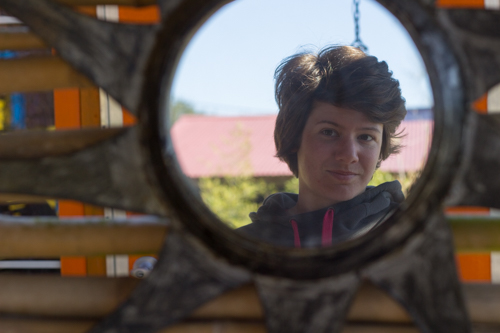 I had to include this as you have no idea how long it took me to get my face in focus instead of the roof, the frame or the actual mirror! Please excuse the crazy hair!! It’s been getting a bit out of hand of late! 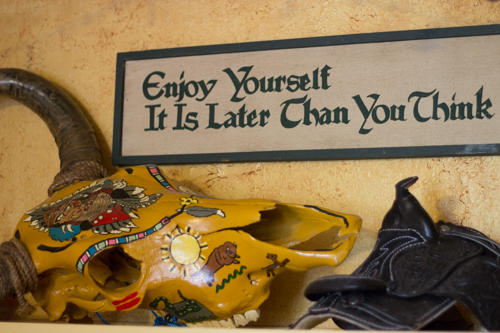 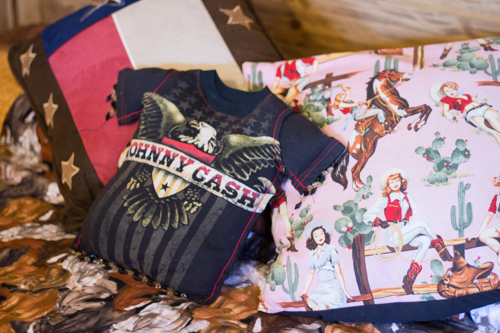 Great pillows on my bed the size of Wales – oh yeah I think I forgot to mention… camping was 10 bucks and a private room with the biggest bed I’ve seen in my life was 20 bucks… Perhaps that’s why it was the best campsite yet!

6 thoughts on “The big one… the Lone Star State”