Vinnie, Tam and I parted ways in Penang and after a few days on the beach in Langkawi (it would be rude not to right!) I jumped on a ferry to Saturn in southern Thailand and hit the ground running… well hit the ground cycling. I had something of a schedule to keep as I had a very special visitor to meet in Bangkok at the start of November.

The 1000km up through southern Thailand was easy riding, mostly flat and at times with a glorious tail wind. I was able to avoid the main road for much of the route and I spent nearly every evening camping on the beach. Being the low season the usually packed resorts were empty and as a result I shared the coastline with fisherman only. Thailand really does have some fabulous beaches and although many stretches have inevitably been ruined by massive resorts with their bland, soulless hotels and often seedy bar strips I was relieved that the foreign crowd wasn’t too dominating. 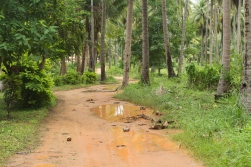 Although this one ran to a dead end! 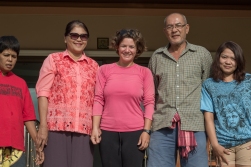 I realise this isn’t one of my better looks but I wanted to show you local police chief Puttaporn, his wife Oratai and their family who took me in for the evening

A beach that would be heaving in the summer no doubt

Hiding amongst the hotels

Now that’s a spot for a picnic

Quiet it may have been but of course it was the low season for a reason, I’d had some bad weather in Malaysia but the rain was much more persistent in Thailand and soakings were frequent although I have to say also quite refreshing. On a cloudless day not only do you have the sun from above but also the heat radiating up from the tarmac and it can feel pretty brutal. Add hills into the equation and things start to get rough.

What better time to wash your car! 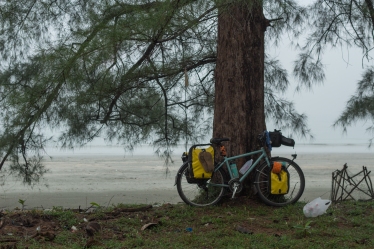 Choosing my campsite on the beach 🙂 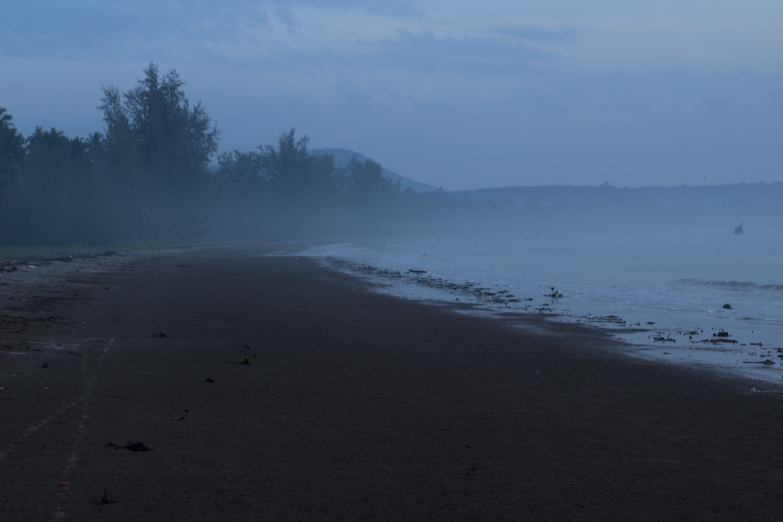 An early, misty, sandy start to the day 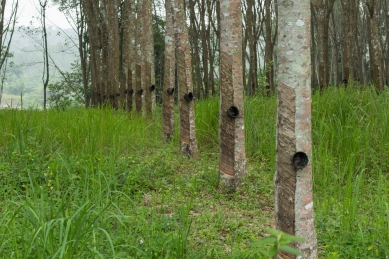 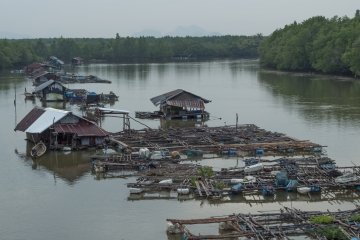 Rivers were often dotted with floating houses and fishing huts 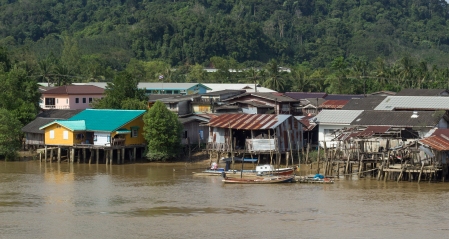 In Thailand traffic comes in all shapes and sizes 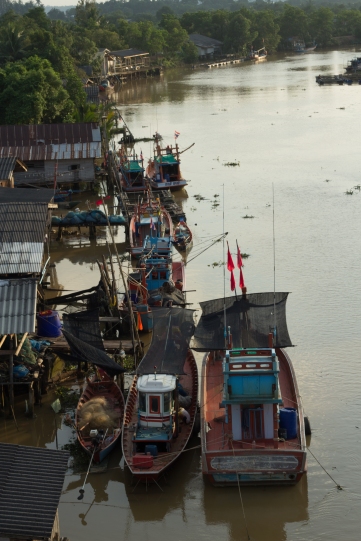 There were lots of river crossings 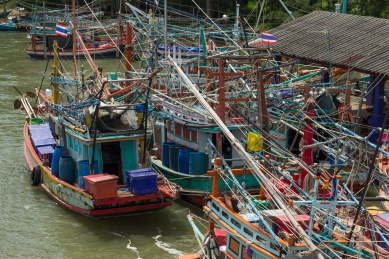 …and lots of boats 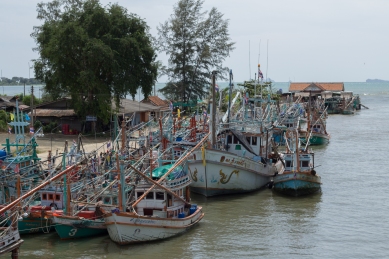 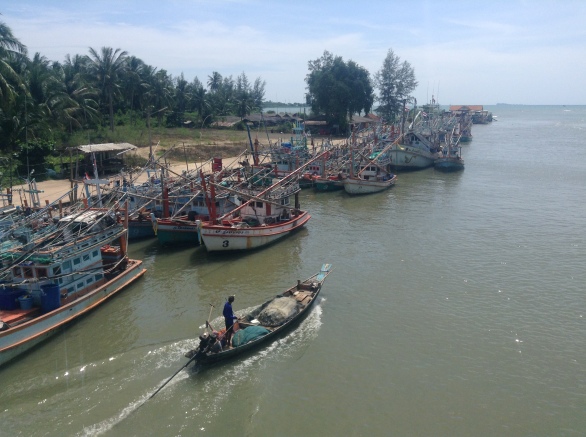 Despite my schedule I let myself have a few days break en route in an awesome little hostel in Aonang. I actually stayed a touch longer than I probably should have done as I met some really great people; well two great people to be exact, a writer and an artist, both of whom are doing some pretty awesome things. As seems to be my habit though I forgot to take any photos so being the thief that I am I’m nicking this one from Pietro (cheers dude!) 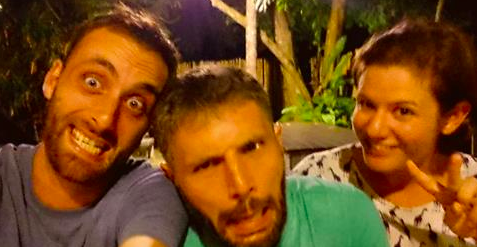 Ears looking at you

The market at Mae Klong just south west of Bangkok with it’s famous railway line running straight through the middle! Unfortunately I wasn’t there when a train passed but you can imagine how tight the squeeze is!